June 07, 2020
This past week, I spent the majority of my time polishing the GUI, adjusting spacing and padding so that it matches the original (LTR) GUI well, solved my PR review issues, cleaning up my history.

I have to say, I did not know before how important and time-consuming polishing things take in the context of GUI. I solve one thing, there's a new thing discovered and needed to solve, a new bug discovered and so on.

One example, a bug, for which I was a little confused:
I implemented a way to fetch an "RTL" boolean flag from the theme. If this is true and GUI is also using RTL, the widget will be flipped.
One of my mentors has a Mac, and I was surprised to see my implementation did not work on their system. I didn't know what was causing the issue, but my mentor found the root of it. It was because the RTL flag of the object was uninitialized, which caused the issue. I use windows and MSVC - and my environment didn't have a problem with it.

The problem quickly went away when I initialized the flag in the constructor(s).

Below are a bunch of Hebrew (Hebrew is an RTL language) specific screenshots, so you can have a look at how an RTL GUI would look in the final merged build. (Also how well it complements the language!) 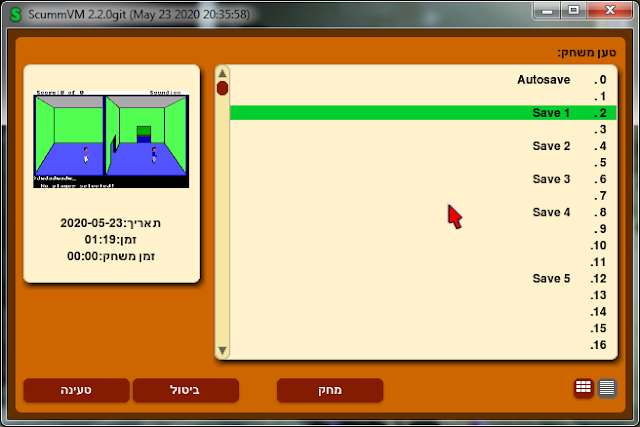 Did you notice how the Hebrew language in GUI also has some English mixed in it? Before I started my work in May, a few people in the community had begun in implementing FriBiDi ("GNU FriBidi is an implementation of the Unicode Bidirectional Algorithm (bidi)"), which basically adjusts the text to be a combination of LTR+RTL languages. I don't know much about other languages, but I'm guessing that certain words lose meaning (and maybe context?) when translated. So, certain words, are kept as-is (in English) when they're translated to other languages. (I might be wrong about this) 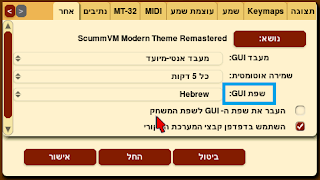 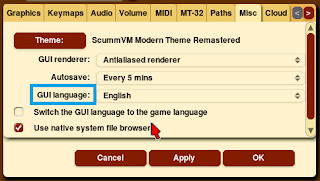 The box highlighted in blue is the ones I've written in the example above. It is just one example, but you can see a good example of how it looks. This, combined with RTL GUI should give native RTL users a very homely feeling!

I feel happy, that the current version of the RTL based GUI looks very neat and clean. I cannot wait for the native RTL users to try out this RTL based GUI, and get feedback!

Lastly, I will start my work on "Moving GUI to U32 String" from today. More about this next week, when I get my hands on and try to figure out a way to get started with this task!

These involved majorly working with the XML theme-based layout system that ScummVM uses, and it feels so awesome that all of them now have the support to be viewed as in RTL!
- I worked on extending this RTL based support to the 3 existing themes, as well as extending support for RTL based on the resolution. Have a look!